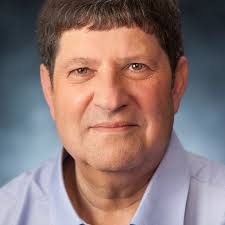 Nir Meir,
Secretary General and CEO
of the Kibbutz Movement

This year marks the 70th anniversary of Israel’s Independence and coincides with the 50th anniversary of our international volunteer programme. As head of the Kibbutz Movement, I didn’t want to let this event pass without recognizing your invaluable role as volunteers in strengthening not only our movement but Israeli society as a whole. The highlight of our 50 Year celebration of international volunteers at the Kibbutz Movement will be an International conference on the theme “Volunteers in pioneering communities". The conference will showcase the history of the Kibbutz as well as explore the new ways in which Kibbutzim are facing the challenges of the modern world. I hope you will find it of interest and to meet you soon in Israel. Once again, thank you on behalf of all our members and the people of Israel.

As part of the 50 years celebration for the Kibbutz volunteers program, A special conference was held on October 18, 2018 - at Ramat Efal campus, Israel.

The conference "Volunteers in Pioneering Communities" reflects the uniqueness of the program. Our volunteers were pioneers that paved the way for young people in the world today, while volunteering in a unique society such as the Kibbutz.

The conference was presided by Yochai Wolffin (Kibbutz Kfar Hanassi), secretary-general of Habonim Dror. The first speaker was Michael Oren, a deputy minister in the Prime Minister's Office, former Israeli ambassador to the United States and the most important title: ex-volunteer at Kibbutz Gan Shmuel.

"Even when I was at the White House, both as an ambassador in the United States and today in the Prime Minister's Office, I always remember that it all began, somewhere in the 1970s, on a dusty gravel path in the dunes of Gan Shmuel, which I arrived to at the age of 17 and do not know a word in Hebrew.

That's where it all started. Gan Shmuel was a kibbutz of Hashomer Hatzair. We had to get up at 4:30 to work in the field and the first words I learned in Hebrew were "Misppo" and "Fallcha". You may laugh, but these are words that people today on the kibbutz do not know what they are...

What is important to me to clarify is the place from which I came to the program, and it is the place of a sense of mission, and it seems to me that although the program has decreased over the years, this is the same thing that has not changed today among young people who come to volunteer in kibbutzim. The desire to give something of yourself, to live for a certain period the ideals on which our small country was founded, And these values that are still in place are those that manage

to keep the flame of the volunteers' program and that is the thing that is so unusual in it. "

Aya Sagi, Director of the Volunteer Program in the Kibbutz movement, also said:

"The Volunteer Program enables young people from the world to experience the unique life in the kibbutzim, to become familiar with the State of Israel and to live there in an unmediated and reliable way.

The program, which was established 50 years ago, was a true pioneer in the field of volunteering and for me this is actually a dream come true to mark the fifty years anniversary of the program.

If you ask the volunteers what they got from the kibbutz they will say it's a lifetime experience which gave them a year of learning about independence and ability and they return to their homeland stronger and better people. And of course, the best ambassadors of the kibbutzim in particular but of the entire State of Israel as well.

The volunteer program is alive and kicking, and today it counts more than 300 volunteers from around the world, in 25 kibbutzim - from Eylot on the south, Nir Yitzhak in the Gaza envelope to Baram in the north, who come from a variety of countries (such as Korea and China)."

The conference was concluded with great success and in anticipation of the centennial celebrations of the Volunteer Program, which will only grow.

Since we've heard from many of you across the world that you wished to participate in the conference, but couldn't, we're sharing the full version video of the conference, in 3 parts. So have your coffee near you, sit back, relax and enjoy the conference: Part 1, Part 2, Part 3.